Writers in any genre benefit from a deep understanding of how their genre works, and story beats are perhaps the most important part of defining that genre’s form. So for sales, publisher and reader interest, and success in your field, the following information on story beats can help lift your horror writing to the next level.

What Is a Story Beat?

John Truby’s wonderful new work, The Anatomy of Genres: How Story Forms Explain the Way the World Works, provides a helpful resource for understanding the beats across genres. Much of the following is derived from this fantastic new resource. 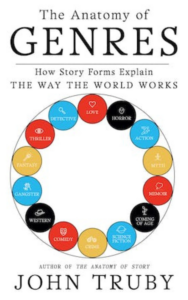 While the focus here is on horror writing, success in the current book world is often driven by combining genres. So a horror writer will also do well to understand the beats associated with the Western, crime fiction, science fiction, or any other genre that can combine with horror in interesting new ways.

First, a beat is not a trope. A trope, rather, is a common story element, theme, or device. Investigating a sound in the cellar could be considered a horror trope.

Because tropes are often cliché or overused, people will frequently call them out as poor to the point that you might believe that all tropes are bad. But it is important to point out that all stories contain tropes.

Beats, on the other hand, constitute a network of notes that lie under the surface and work together to express the theme and effect of that genre.

Truby maintains that all the beats of a genre must be present for a story in that genre to succeed. But, as you read on, remember that including a genre’s beats doesn’t mean producing the same thing that has been done to death.

Success lies in making beats new again, re-envisioning them, even presenting them in a nontraditional order to surprise audiences.

Fans of horror writing will have seen someone creeping down the steps into a dark basement a groan-inducing number of times, but the recent film The Cellar does something new with this sequence that provides a great twist on an otherwise tired story note. The movie is well worth checking out for that alone.

Truby lists the following as the main beats for horror writing. Again, Truby’s work provides a deeper dive into these beats. 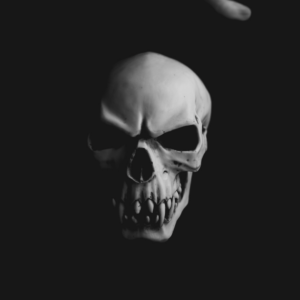 The ghost in horror writing is not necessarily the spectral presence floating down a dimly lit hallway. As in stories in other genres, the ghost here is an event from the past that haunts the protagonist. It is generally a sin that must be atoned for.

Setting is a vital element of horror writing. Here the story world is a projection of the protagonist’s mind, a restrictive, tortured space that may suggest the family unit or more broader aspects of a town or greater society. 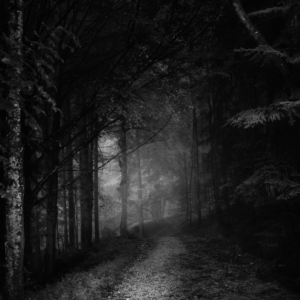 Whether ghost, vampire, zombie, or something more internal, the threat from a monster drives horror tales and places the protagonist on the defensive. When creating your monster, the most effective monsters in horror writing are precisely matched to the protagonist’s weaknesses.

Horror places protagonists into ultimate peril, driving them to death and even beyond, toward damnation. Writers see how far they can push their characters, and certainly a perverse delight can be explored here. Truby notes this can be accentuated by starting with the protagonist in a favorable place in life, on top of the world.

Weakness-Need 1—Slavery of Mind and the Monster Within

In horror writing, psychological and moral weakness can limit your protagonist. The need here refers to what the character must do to address the weakness (ghost). Can you think of examples of weakness-need in other genres?

Also related to the ghost, shame and guilt manifest in the protagonist’s mind turning on itself and driving that character to action.

In horror writing, the hero is driven to defeat the monster—and ultimately death. Of course, protagonists in horror often fail. An important consideration here is that in the face of a monster, the protagonist’s first action is often to attempt escape.

Opponent—the Monster, the “Other” in the Extreme

Horror writing is often concerned with the “other,” or the intruder that creates an often-inhuman disruption in the story world. The monster is strongly tied to the protagonist’s ghost, and as such is both an external and internal opponent. 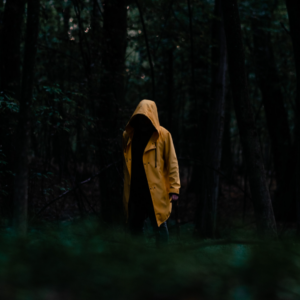 The ally is employed to ground the story and make even the most fantastical story believable. This skeptic in a sense voices the audience’s concerns about the rational considerations and thereby assures the audience of the believability.

Crossing the Barrier to the Forbidden

To the delight of horror fans, and to the dismay of the stories’ protagonists, the barriers, or walls, keeping the monster at bay always fail. This barrier must fail, and the barrier is both internal and external, indulging the protagonist in a forbidden impulse or desire.

In horror writing, the protagonist will form a plan to defeat the monster. Again, this usually begins with the simple impulse of escape and develops into a more detailed strategy (which also provides opportunity for character growth).

As a story progresses, the monster’s attacks happen with an escalating viciousness, and drive here represents the actions of the protagonist to counteract these strikes. The horror writer can thereby exert an exquisite level of pressure on the protagonist.

This battle is the final battle against the monster, and one that often takes place in a refuge, or area of supposed safety. Truby notes that protagonists must also confront the monster within themselves at this stage.

In most genres, self-revelation as relates to weakness-need helps to complete the character arc. Not so in horror writing, where the hero is usually pushed to breaking, toward despair, toward insanity, and while the protagonist might survive, they are often nonetheless broken.

The double ending relates to Nietzsche’s notion of eternal recurrence, in which life events are repeated for eternity. The doom threatened by a horror tale cannot be escaped.

For a fun activity, try to pick out the above beats when you’re reading a horror tale or taking in a new horror flick. 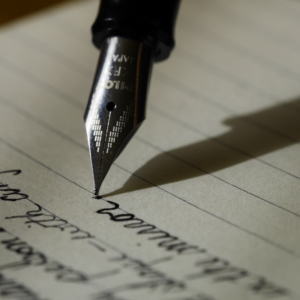 Find out more about the book here.

James Gallagher is a Fictionary-Certified StoryCoach, copy editor, and proofreader. James has worked on more than 200 books and particularly enjoys horror and romance. An active member of the editing community, James loves to help authors bring out the best in their stories.

More about him can be found at CastleWallsEditing.com.

Want to be part of a writing and editing community with kindness at its heart?

Do you know about the free Fictionary community?  We’re connecting writers and editors who speak the same language of story editing.

You’re most welcome to join. 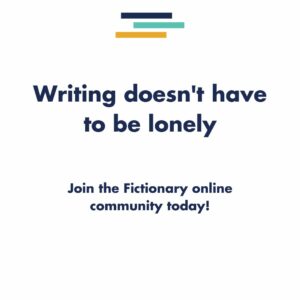 How to Write a Romance Novel Readers Will Love

We believe to become a successful author, you need to tell a powerful story. We’ve created th...