Blog / How Many Scenes in a Chapter? And How do You Evaluate it?

Blog / How Many Scenes in a Chapter? And How do You Evaluate it?

How Many Scenes in a Chapter? And How do You Evaluate it?

How many scenes in a chapter is the right number?

And why is that number important?

A scene or several scenes will make up a chapter. The Scenes per Chapter insight in Fictionary automatically illustrates the structure of the novel based on the number of scenes in each chapter.

Structure of a Chapter and Pacing

You can use the structure of each chapter to control the pacing of your story.

The longer a chapter, the slower the pacing.

The shorter a chapter, the faster the pacing.

A Similar Number of Scenes per Chapter: An author may choose to write chapters composed of the same number of scenes or a similar number of scenes. She creates a novel in this format, she acquire readers, and the readers come to expect the structure throughout the novel. It might be risky for her to change once she has established a following for her style.

Variable Number of Scenes Per Chapter: You must have at least one scene per chapter. It may only be one word or one sentence, but it still counts as a scene. The upper limit is endless. Sort of…

Suppose there exists one chapter with a greater number of scenes than the others. When the reader gets to this chapter, he’s going to wonder why the writer allocated so much time to the chapter. Either the writer didn’t notice one chapter was way too long, or she did it on purpose because something very important was happening in the scene.

Here’s an example of the Scenes Per Chapter insight shown in Fictionary. The insight draws within seconds of the manuscript being imported. As an editor, it’s one of the first insights I review. It tells me if the writer has control of the structure of the story and where to look for problems if the pacing isn’t right. 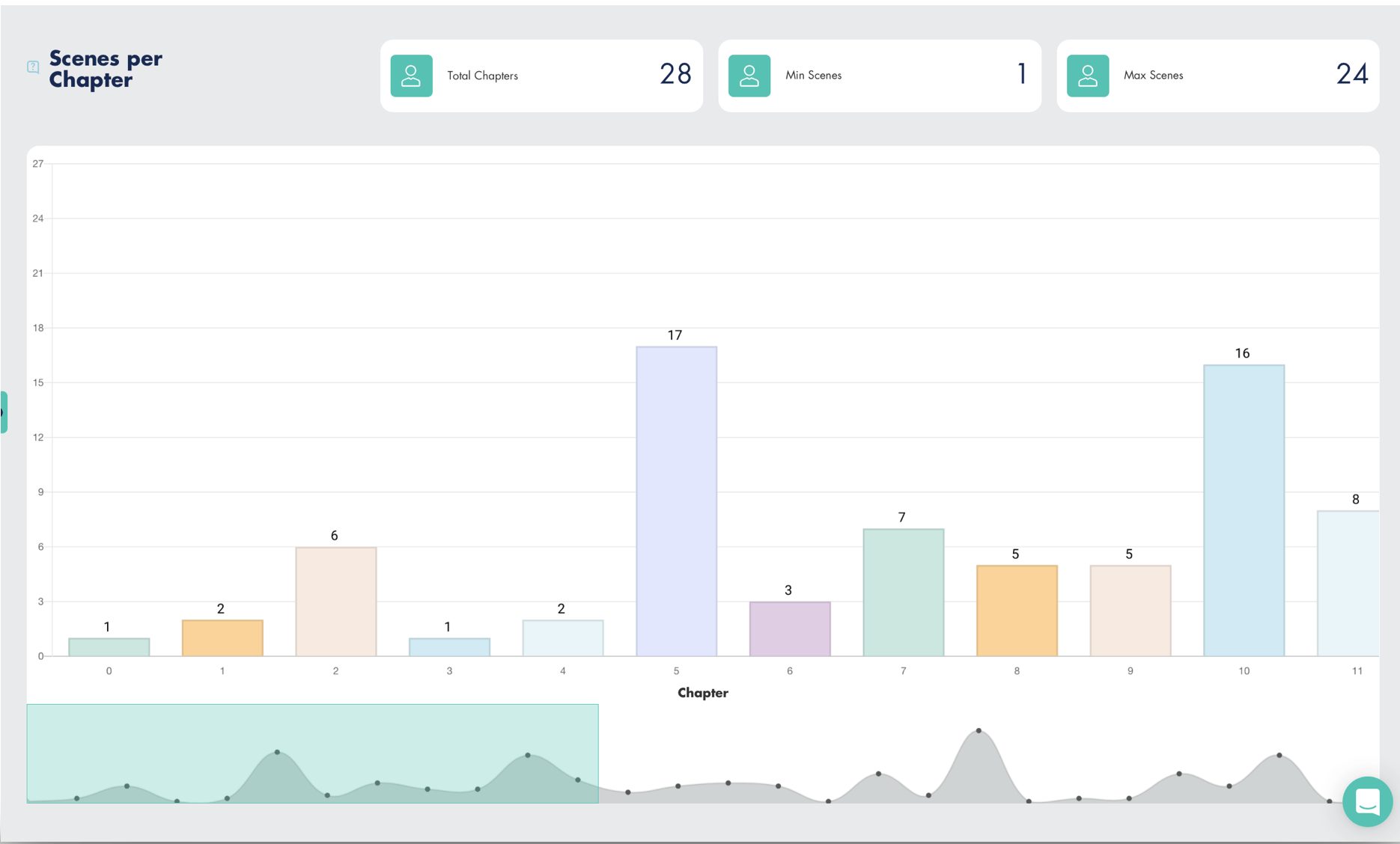 Here’s what the reader experiences. The chapters move along quickly, and then they reach chapter 5.  It goes on so long the reader has forgotten what happened in chapters 1 to 4. In this case the problem was made worse because chapter 5 was also written from a new character’s point of view which made it seem like a new story had started. By the time, the reader gets back to the original story line, they are no longer invested in the story.

Switching Structure of a Chapter Mid-Novel

In this example, the last quarter of the novel contains one scene per chapter versus the first three quarters where the number varied. This made the ending feel rushed. 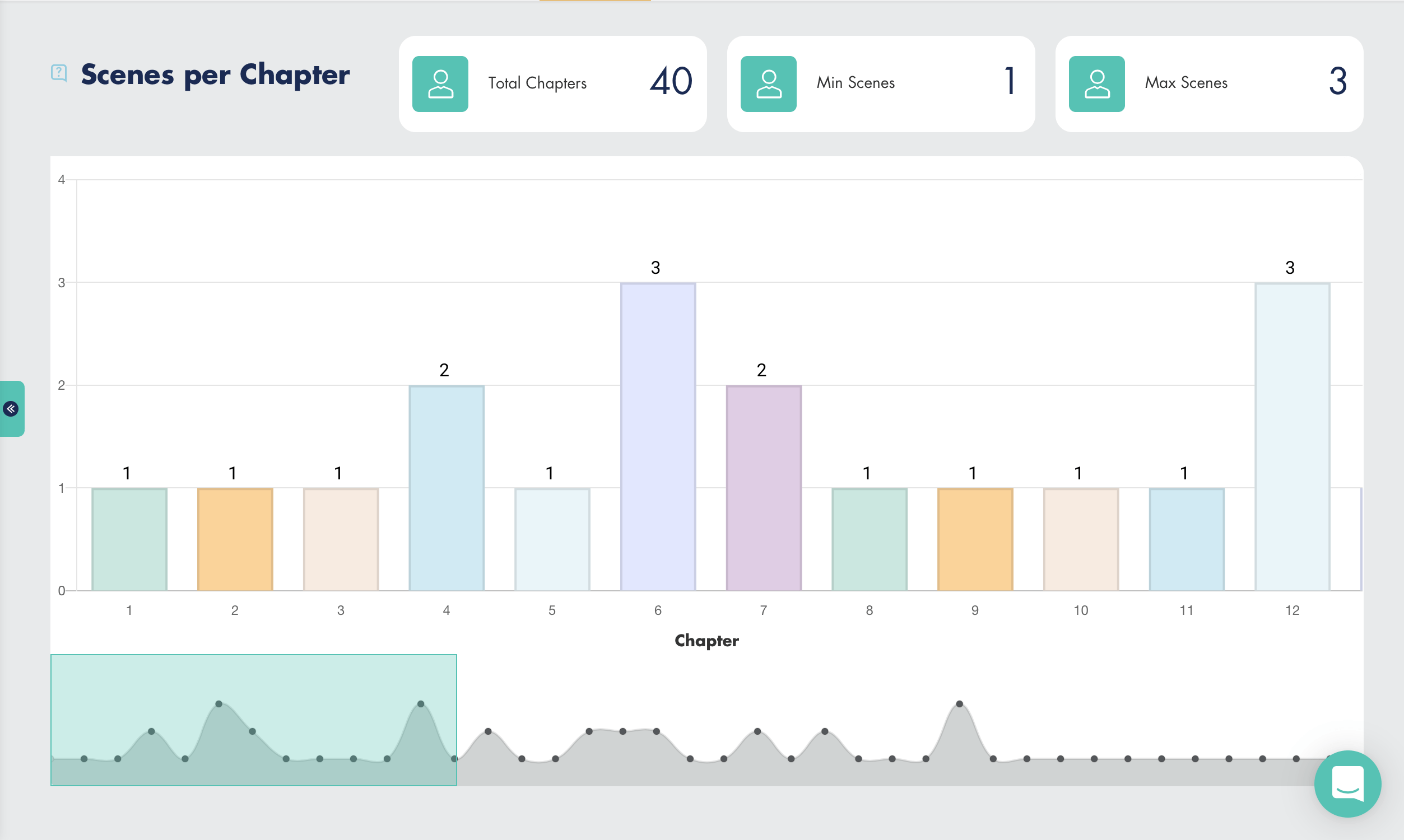 You can also Evaluate the Pacing of Your Novel Using Word Count per Scene.

Fictionary StoryTeller also draws the Word Count per Scene within seconds of importing a manuscript. As an editor, I evaluate this early the editing process.

The Word Count per Scene insight lets you quickly visualize the pacing. Instead of going through the tedious exercise of listing your word count per scene in a spreadsheet, you can see the information within seconds in StoryTeller on the Visualize page.
If you want to learn more about editing, check out An Insider’s View of Story Editing below. 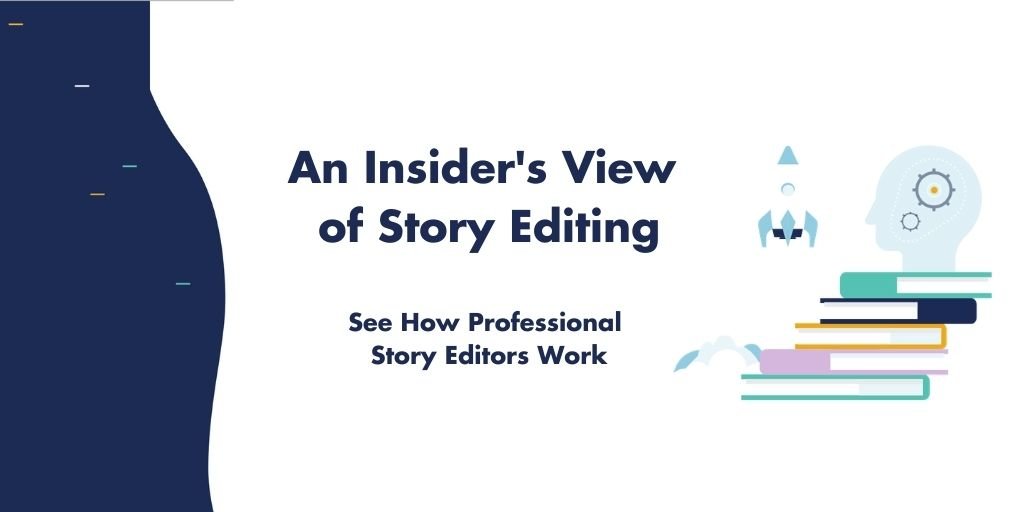 When do you ever get to see what a story editor delivers to a client if the client is not you?

Our new course gives you an insider’s view of what happens in a story edit. This is similar to a structural or substantive edit for fiction.

Before you hire an editor or edit your own story, it’s important to understand what a story edit is.

This course evaluates their edits and shows you what worked and what didn’t. We’ll show you two scenes before editing and after revisions based on the editors’ suggestions. We even compare the editors’ summary letters and per scene notes.

For writers looking to hire a professional story editor, this course shows you what you should receive from a story editor. It will also show you how an editor might look at your story.’

On sale for $39 USD. Use Coupon INSIDERSVIEW
Regular Price: $99.

With StoryTeller’s Scenes per Chapter insight, you’ll see the number of scenes in a chapter in seconds. Then you can evaluate the structure of a chapter.

When you subscribe after your two-week free trial, you get the first 2 lessons of the  Fictionary Story Editing Masterclass for free.

Tools to Edit a Memoir – You’ll be surprised

Tools to edit a memoir is a great topic, and before we delve into it, I’d like to introduce Ch...