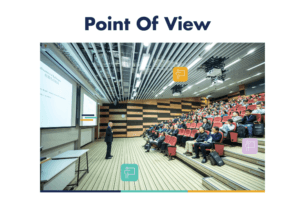 How to Edit a Book Focussing on Point of View

Head hopping occurs when there is a slip into another character’s point of view.  When this happens it can:

Today, we’ll cover how head hopping can reduce tension. I’m going to illustrate this though an example.

Here’s an excerpt from  No Second Chance by Harlan Coben.

The backstory: Marc has been shot. His wife and daughter were in the house when it happened, and he doesn’t know if they are alive. He’s in a hospital bed being interviewed Regan, a cop.

[Marc goes on to explain he was eating.]

Regan nodded as if he expected this answer. “You were in the kitchen?”

I tried harder, but nothing came. I shook my head. “I woke up once before. At night. I was here, I think.”

I reached out again but to no avail. “No, nothing.”

Regan flipped out a pad. “Like the doc here told you, you were shot twice. You have no recollection of seeing a gun or of hearing a shot or anything like that?”

“That’s understandable, I guess. You were in a bad way, Marc. The EMTs thought you were a goner.”

My throat felt dry again. “Where are Tara and Monica?”

“Stay with me, Marc.” Regan was staring down at the pad, not at me.

The above is part of the scene as originally written. It’s full of tension. The last line makes a reader think Tara and Monica are dead and Regan doesn’t want to tell Marc yet. The interrogation continues and the reader is left to wonder, feeling every bit of pain Marc is feeling.

But what if Coben had added a line in Regan’s POV. Let’s say,  Coben wanted the reader to know Regan is tricking Marc into talking. He wants Regan to appear like a skilled investigator.

Pretend that at the last line, Coben head-hopped and changed it to:

“Stay with me, Marc.” Regan was staring down at the pad. No way was he going to tell Marc his wife and daughter were just fine, sitting in the next room waiting to come in. Not yet, anyway.

This obliterates the tension. The reader now knows the wife and daughter are safe (which they may or may not be – I won’t tell)  and they won’t feel the tension Marc is feeling. Coben is master are creating tension by sticking to one point of view in a scene.

Fictionary shows you every scene and you can confirm who the point of view character is. Once that’s done, read the scene and look for spots where head-hopping occurred. This will remind you to check for head hopping in every scene of your story. 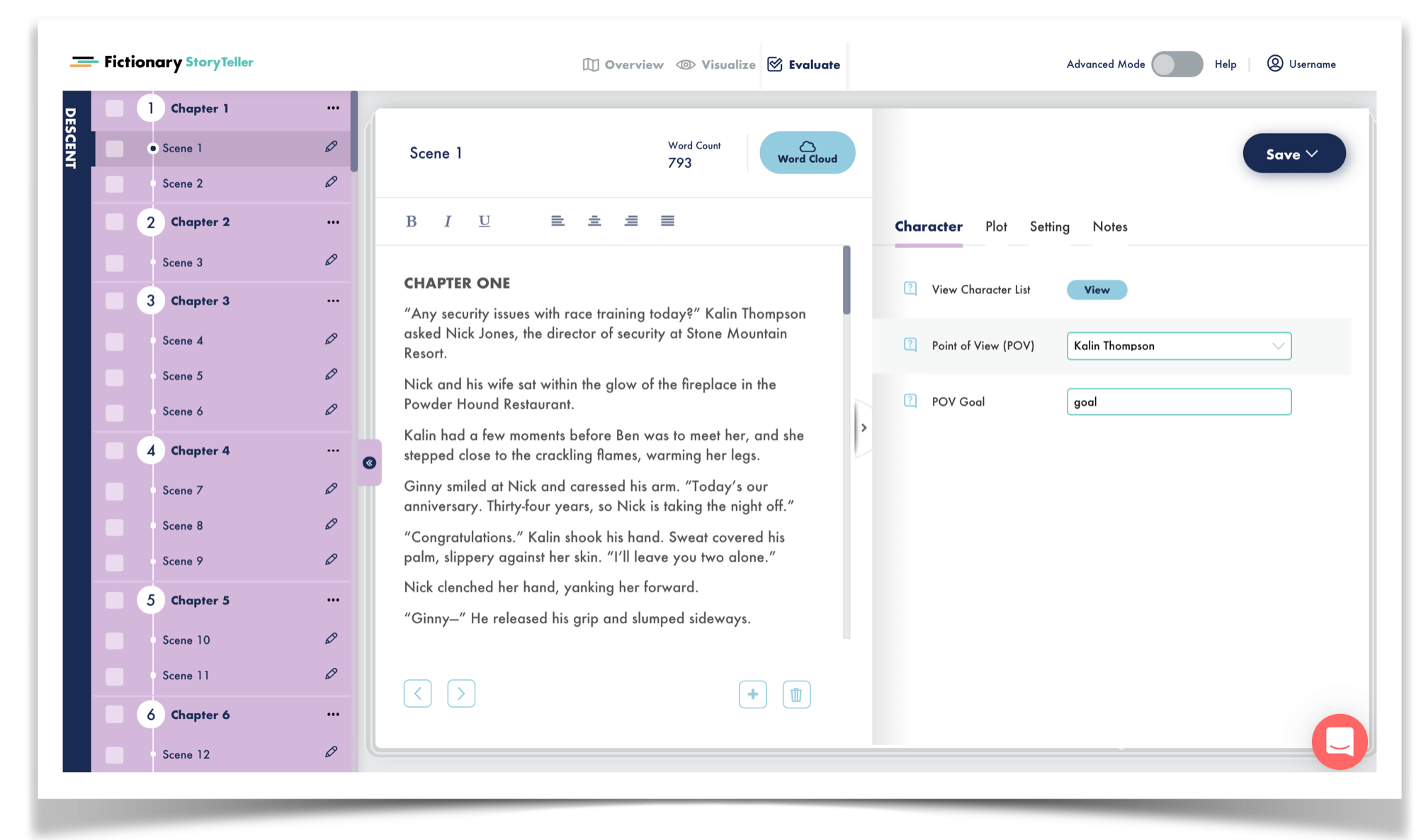 When you can’t see the story for the words, you need help. How you improve your story’s ...