Great stories, just like any large structure, are built of many smaller parts, known as scenes. So what is a scene?

I guarantee that even if you’re unclear on the elements of scene making, you’ll recognize when you’re reading one intuitively: Scenes invigorate and enliven dry narrative. They put characters into compelling action and powerful dialogue. They use sensory detail to bring the reader viscerally inside the characters’ lived experiences and reveal setting. Scenes wake stories out of slumber.

Scenes, in a nutshell, are the moments of a character’s experience written with such clarity of detail that the reader feels as though they are living it, not just reading it.

While I’m a big believer in letting yourself write mediocre scenes in order to get the first draft written, it’s helpful to know how to revise your scenes later to bring them to life.

Here are some suggestions for scene-by-scene editing to make sure they really sing:

Focus on the action:

The hallmark of a scene is action, often called momentum—that beat-by-beat energy that creates a feeling of real time passing, plus dramatic action—the “what happens” of the scene that reveals new plot information and creates consequences for your character.

So always ask: Are my characters moving through space and time in acts and words, and, is there something significant that happens in this scene? (And does it create a consequence or sequel for the next scene?). Scenes without action aren’t scenes at all—they’re often long passages of narrative summary, loops of internal monologue or passive descriptions of setting without character interaction. On that note, have characters think less and do more.

Ask yourself, what does the reader/character learn in this scene that they didn’t already know? A new clue to the plot? A new piece of character information? A who, what, where, when or why? If you can’t pinpoint one, you know one thing your scene is missing.

Is your character actively involved in the new pieces of plot information? Do they discover, uncover, learn, reveal, seek, find, chase, call, etc? If the information is coming to them passively, the scene will feel too easy and the climax unearned.

How are you using dialogue?

Are you writing “conversation’s greatest hits” (thank you Jessica Page Morrell, from Between the Lines)? Avoid mundane pleasantries and discussions about food, weather and giving directions. Dialogue should be stylized and strategic, used to reveal character and develop plot. Try not to rely too heavily on it, either, so that you’re using it as an info-dump rather than letting characters discover plot elements in action.

Are you saturating setting?

If you find yourself writing the kind of setting descriptions that could run in an Architectural Digest article, you’re probably boring the reader with too much summary. Make sure you reveal setting as the character interacts with it. Just enough to ground the reader in the scene, but not to the point of overkill.

Scenes, like the novels they comprise, have a design. A launch, a middle, and an ending. They should launch with new action or continuation of a prior scene’s cliffhanger; they should build, through obstacle and challenge, to a high point—epiphany, danger, discovery—and then end in a way that creates a consequence for the character to tend to in the next scene.

Lastly, ask yourself if your scenes deliver a sense of urgency and intrigue, conflict and danger, suspense or withholding—that’s the stuff of tension, which creates page-turnability. Without tension, things happen too easily, people are too nice, too beautiful, too successful without any challenge. When tension is in place, characters must struggle with everything from their own internal flaws to their antagonists to dangers and conflicts thrust at them from many angles.

While there are many more aspects to editing your own scenes, follow these seven guidelines for stronger scenes that build a powerful story. 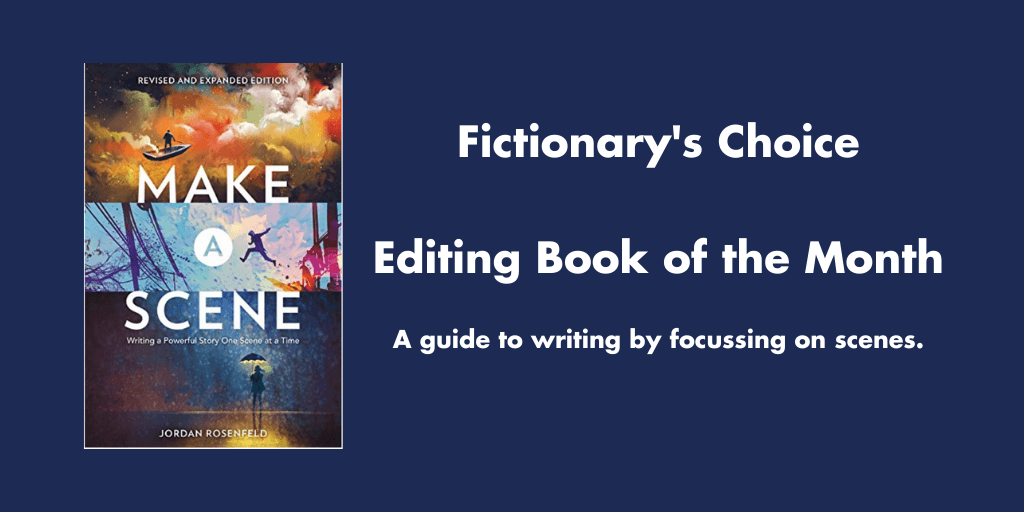 Jordan is author of the suspense novels Women in Red, Forged in Grace and Night Oracle as well as the writing guides How to Write a Page Turner; Writing the Intimate Character; Writing Deep Scenes; A Writer’s Guide to Persistence; the bestselling Make a Scene: Crafting a Powerful Story One Scene at a Time, and Write Free: Attracting the Creative Life.

She is also a freelance writer and editor. Her articles and essays have appeared in such publications as The Atlantic, The New York Times, Publisher’s Weekly, Salon.com, Scientific American, the Washington Post, The Writer, Writer’s Digest and many more.

StoryTeller is creative editing software for fiction writers. Transform your story, not just your words. Successful stories depend on your ability to edit, improve, and revise your work with scene-by-scene editing. Only when you master story editing, can you master storytelling.

StoryTeller gives you a method to perform scene-by-scene editing. Use it to apply Jordan’s advice to your story and you’ll edit faster and with higher quality.

How To Build Your Dream Publishing Team

This week we are thrilled to have our friends from Reedsy share their thoughts on a dream publishing...