All Fiction writers need to know what to evaluate when revising their story. We’ll give you the top 3 questions to ask yourself when performing a story edit.

Sharing a draft of your novel with anyone for the first time can be scary. The stress of waiting to hear back from your readers or editor, of worrying about what they might say, and wondering if your writing is ready to submit can take its toll.

So why would you share your work with anyone before you’ve revised your first draft, improved it, making sure it’s as good as you can make it before anyone else reads it?

You wouldn’t. That’s why you perform a story edit.

A story edit is the first step in turning your first draft into a story readers love. I’m not talking about copyediting or proofreading. You can do that after the structure of your story is sound.

Performing a story edit on your first draft means analyzing your story from a high-level perspective and fixing any weak areas. You want to make sure the story structure makes sense, the scenes are tense, there are no plot holes, and your key scenes appear in the best place along your story arc.

During a story edit, you also take a hard look at your characters. How often do they appear? What are their goals? What gets in the way of their goals?  Characters will drive the tension in your story, and tension is what keeps a reader engaged in your story.

Finally, the story edit should examine your settings. Do you make the most of your settings? How often do you use the same setting, and is it too often? Do your settings help with the tone of your scenes? Settings are key to keeping your reader engaged, so don’t ignore them.

Where To Start Your Story Edit

Here are three questions to ask yourself when you review a scene and look for ways to improve it.

1. What is the purpose of this scene?

Defining the purpose of the scene first allows you to address other elements of the scene and test if they are in line with the purpose. A scene may have more than one purpose, but see if you can choose the most important one and then ask yourself does this help drive the story forward.

Multiple points of view means the character who controls the POV for a scene changes from scene to scene. As a writer, you must be in control of this aspect. The generally accepted method is to have one POV character per scene. Switching mid-scene can be known as head-hopping and can jar the reader from the story.

3. Is the setting the best place for emotional impact?

When answering the question, think about who has the point of view for the scene and what makes them feel strong or vulnerable.

Do you have a character who is afraid of the dark? Imagine the character is about to have a confrontation with an employee. If the character feels confident being in his/her own office and you want the character to be in a position of strength, then use the office as a setting.

If you want the character to feel vulnerable during the confrontation, try locating him/her outside, at night, in an isolated parking lot. And make it very dark. The streetlight is broken. There is no moon. Maybe it’s windy, so a cry for help won’t be heard.

Tackle each question and edit each scene accordingly.

What Writers Are Saying About Fictionary! 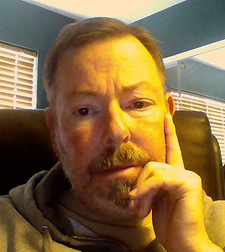 “I have used Fictionary to revise my current work in progress, entitled MindField, an espionage technothriller due out in early December 2017. My feeling is that Fictionary helped me to improve the manuscript significantly, and I will use it on all my subsequent novels. I am trained as both a novelist and screenwriter, but I focus exclusively on producing novels. And, that is where Fictionary is most useful. The toolbox within Fictionary helps a novelist see exactly where their work is weakest and strongest, and pushes me to work on fixing my problems.”

Don’t know if it’s time to revise your novel? Check out When to Self-Edit in Your Writing Journey

THE WHAT AND THE WHEN OF HISTORICAL FICTION Most writers find their passion for storytelling throu...

How to Craft the First and Last Scene of a Novel

Beginnings and endings can make or break a story, and this is true whether we’re referring to the w...