Blogs / Character Arc: Where it Begins and Ends

Blog / Character Arc: Where it Begins and Ends

Character Arc: Where it Begins and Ends

How a character changes and grows (or not) throughout the story.

A character’s arc includes when she enters and exits the story.

When describing a character for the first time,  describe the character so the reader:

The last scene for a character is the end of the character story arc.

This shows you which scene a character enters the story and which is her final scene.

Use StoryTeller to check that you’ve introduced your protagonist early. Don’t wait too long or you will confuse the reader.

Conflict will drive your story. Without an antagonist, there won’t be enough conflict. If Fictionary shows your antagonist enters late, then in a rewrite consider having that character enter the story earlier. 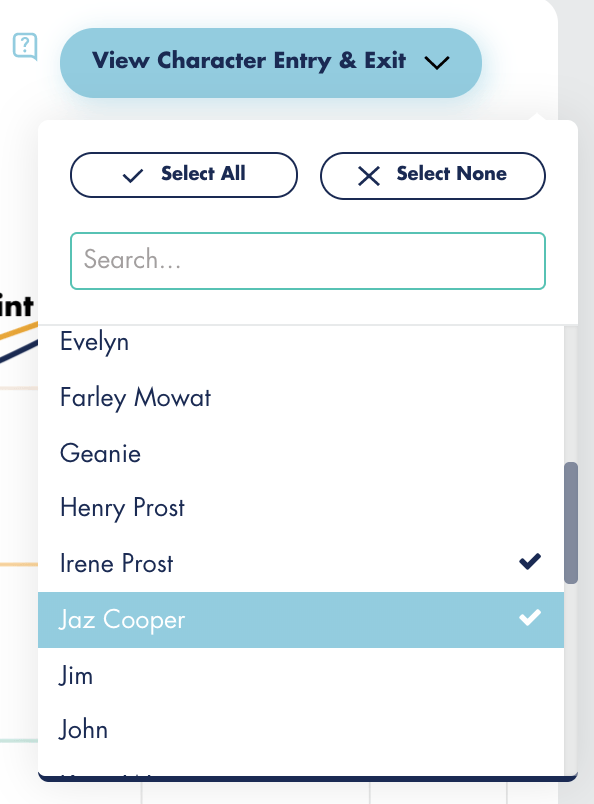 I’ve selected Irene, Jaz,, and Alyssa. The insight below shows the characters overlaid on the Story Arc. 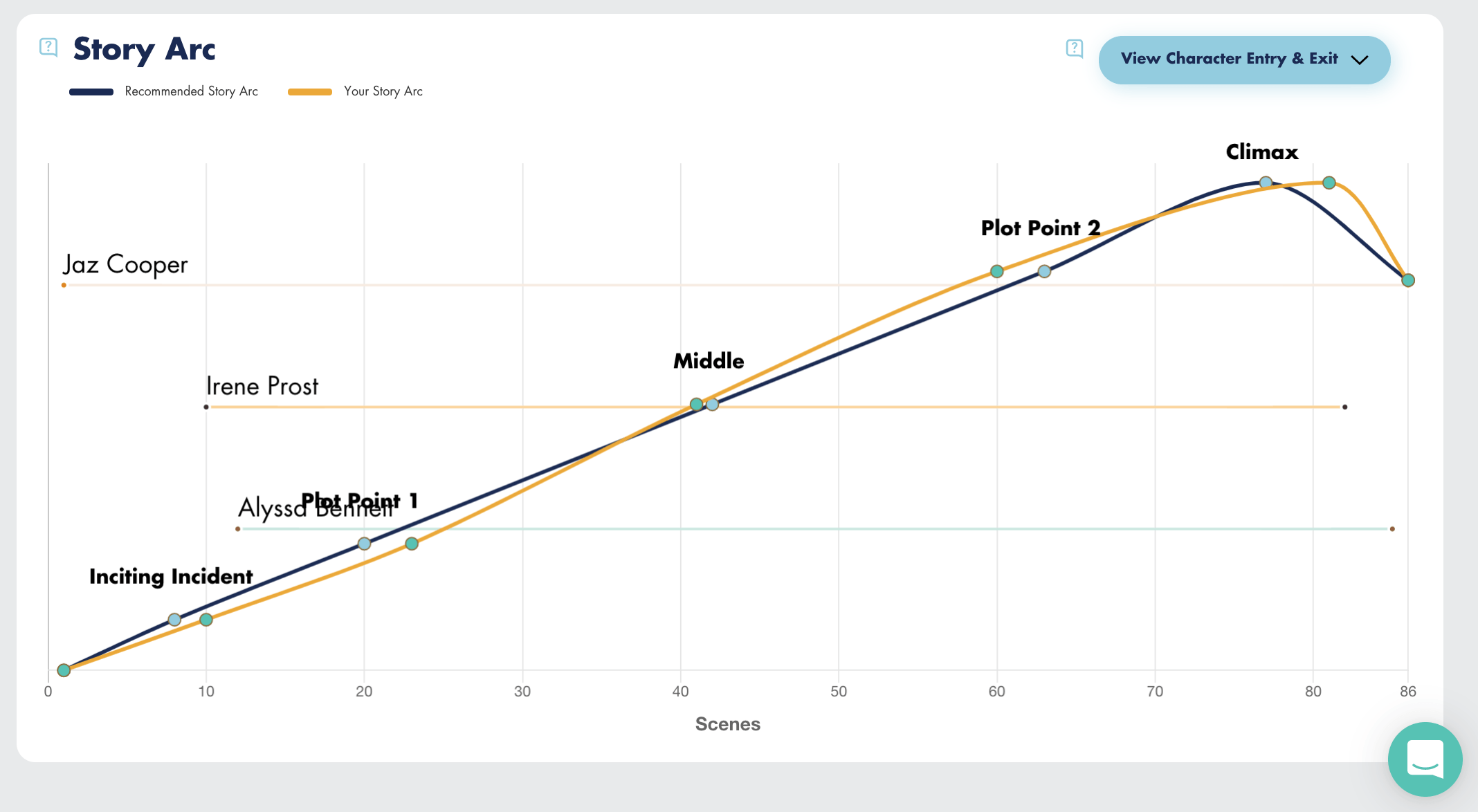 Now I want to know what scene Irene is first in. To do this, I hover over her name. The first scene Irene appears in is Scene 10 called “Prost Party.” 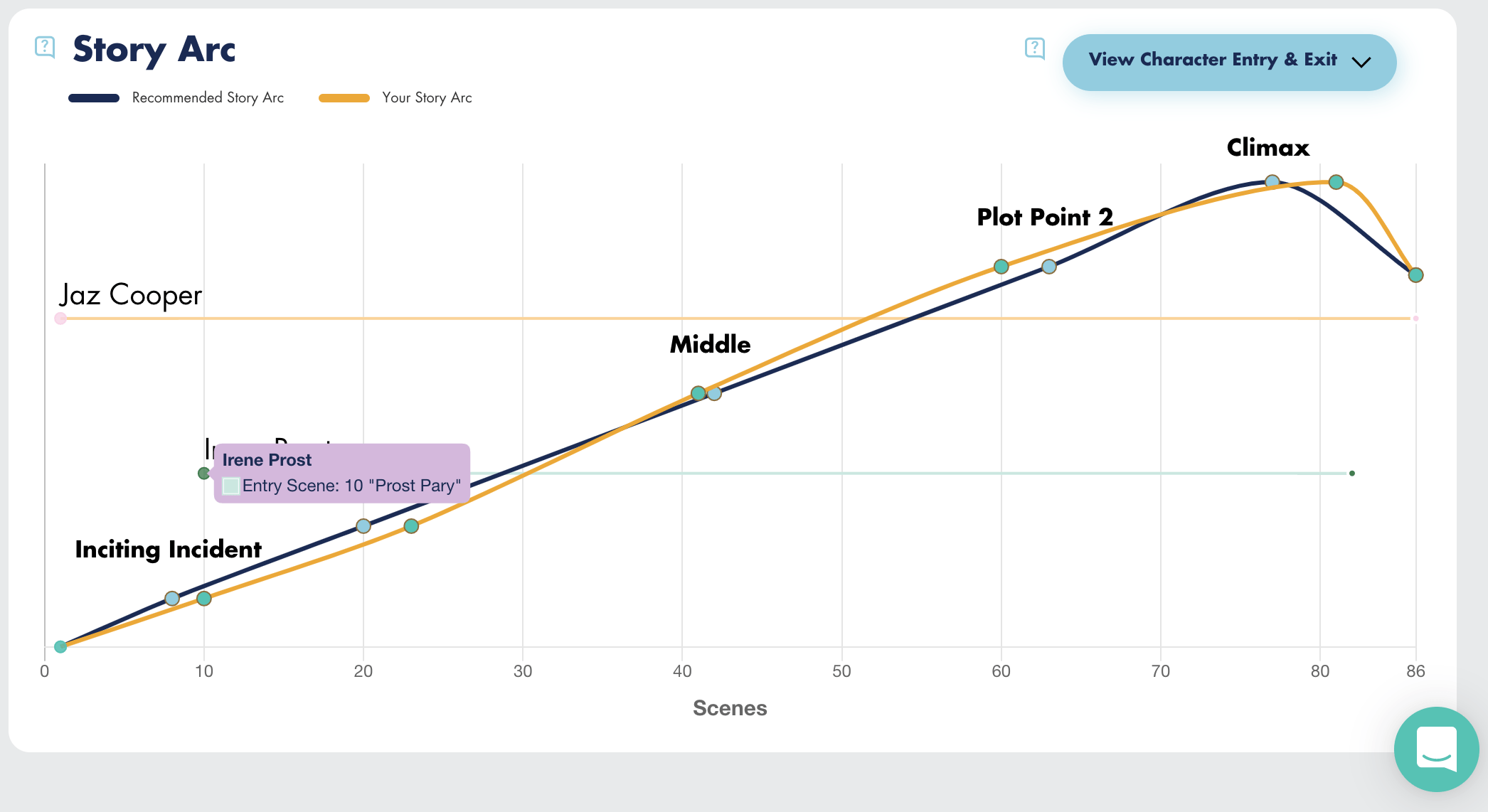 If the scene name is not enough information for me to know what that scene is about, I click the character name and read the scene. 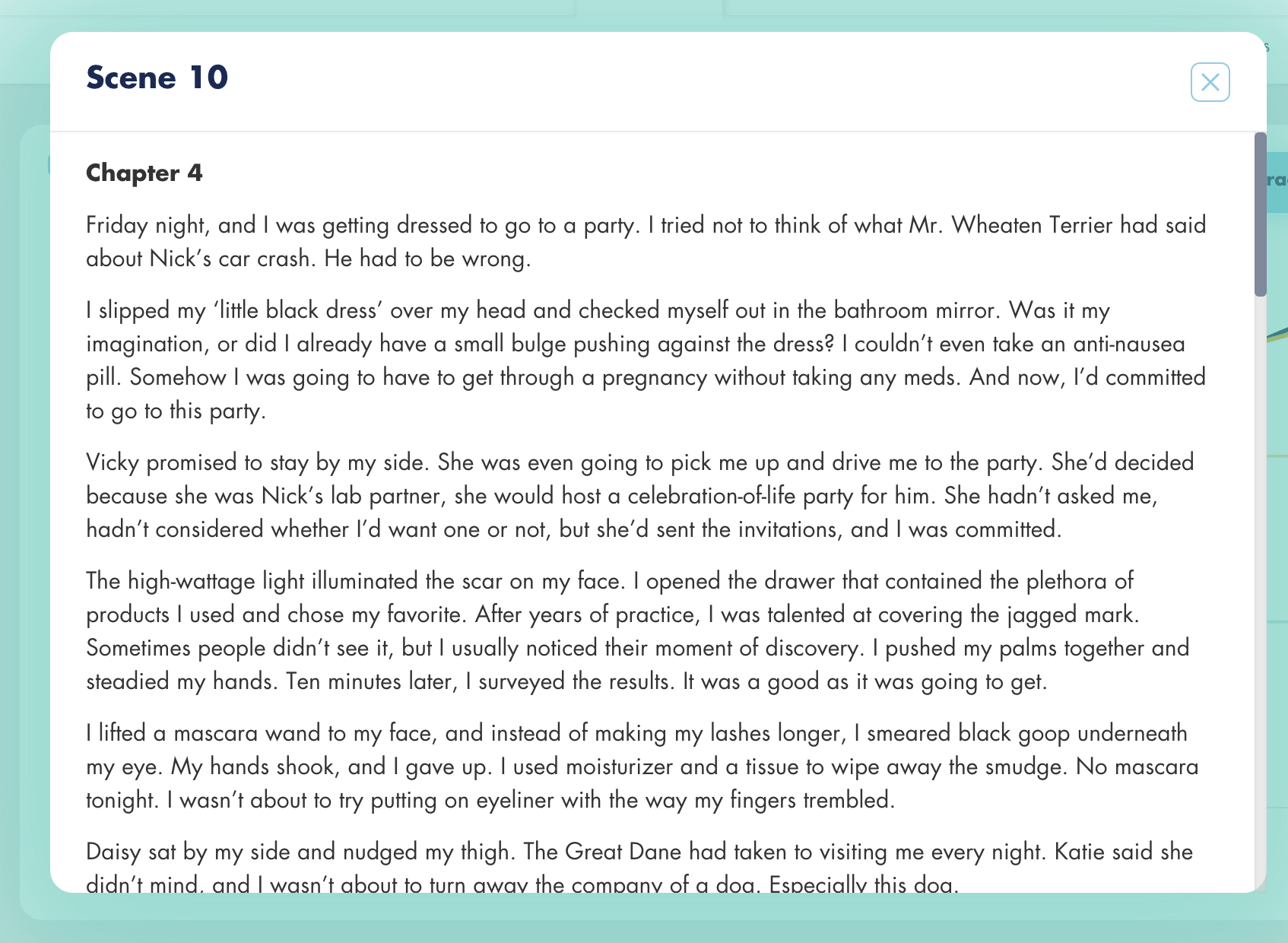 Since Scene 10 is the first time Irene Prost appears in the novel, I can read through the scene and decide if I’ve added the appropriate amount of description to the scene. This gives me a chance to rewrite the scene if I’ve got this wrong.

Story Editing: Focus on Setting and Tell a Powerful Story

Let’s focus on setting. I once read a book where I didn’t skim any of the setting description....