Blogs / How to Win the Wattys by Emma Baird

Blog / How to Win the Wattys by Emma Baird

How to Win the Wattys by Emma Baird 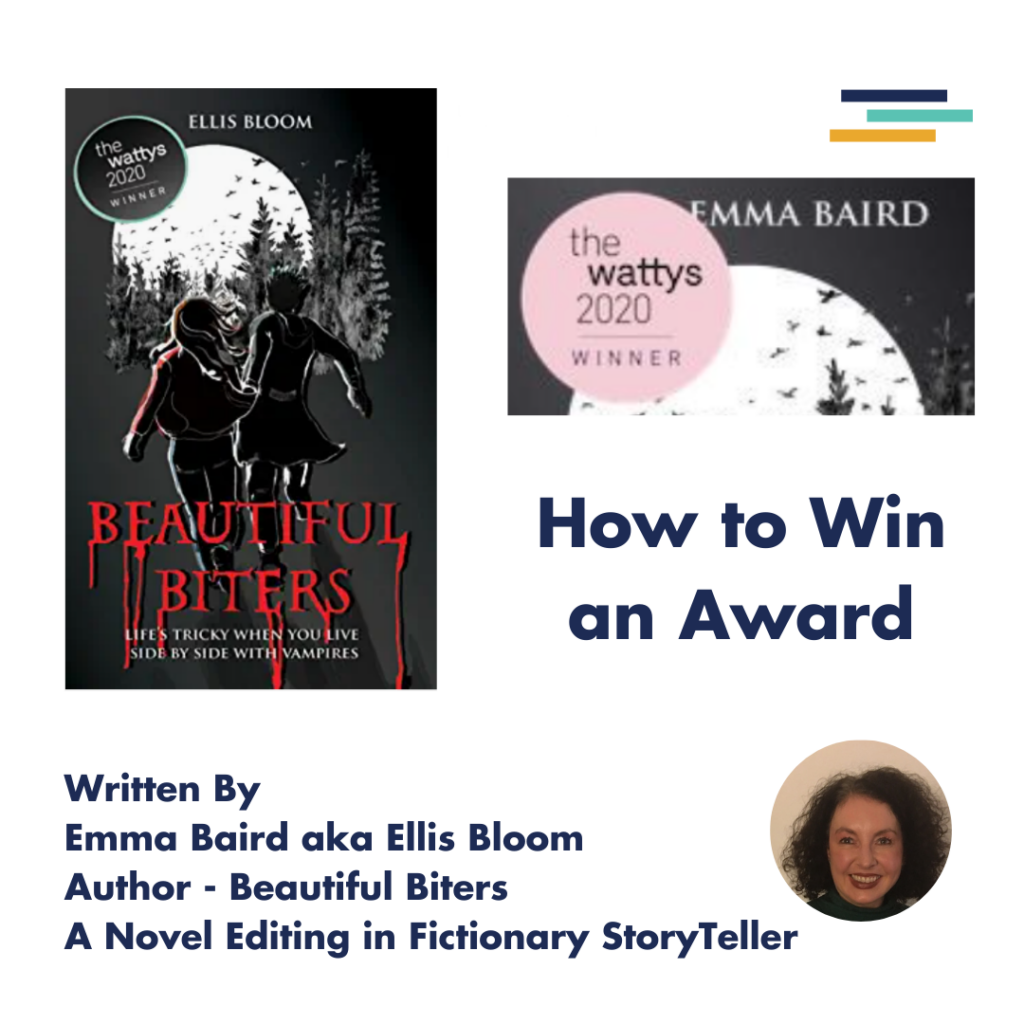 Welcome to the world of Emma Baird wannabe writer circa 1997… I’m knees deep in the ‘new’ genre chick lit, and I love it.

Fiona Walker, Marian Keyes and Helen Fielding busily create vivid worlds that jump off the pages. I recognise it, and I adore the books.

At this point, 20-something me who decided she wanted to be a writer at the age of seven, has no plans to move forward on that goal. It’s an ethereal, abstract thing, not for the likes of me.

But what I read sticks with me. Should I ever write, I’m determined to create that same bright, colourful world that readers can immerse themselves in.

Fast forward twenty-five years, and I have several self-published books behind me, mostly romcoms set in a fictional village in the Scottish highlands. And while I love writing them, and doing my best to make them as vivid as the creations of those authors I read in my 20s, I know two things:

In the meantime, I’ve joined the Wattpad community and achieved some success there. Wattpad HQ picked me to join the Stars programme in early 2020, and my stories on the platform received more exposure.

As Wattpad is primarily aimed at a younger audience—the Gen Z’s—I wanted to write a book that might appeal to them and while traditional publishing might declare the vampire trope dead (undead, surely?), Wattpad suggests otherwise with paranormal books one of the most popular genres on the platform.

In my 20s, I read Anne Rice’s The Vampire Chronicles and loved them. Like the chick lit writers I adored, the vividity of her world was clear on every page.

And while I enjoyed the page-turning qualities of the Twilight saga, certain things bugged me. Why was Edward Cullen still at high school if he’d been a vampire for 80-odd years? Why didn’t Bella get freaked out when he used to hover at her bedroom window staring at her?

The vision I had for my version would borrow on the chick lit stuff I’d read as a 20-something and deal with the practicalities of living with vampires.

What if… the vampire population was so big they weren’t hidden away?

What if… scientists came up with a vaccination that made human blood poisonous to them?

What if… the authorities then privatised that vaccination, meaning that young people no longer had access to it?

Book revision that led to winning the Wattys 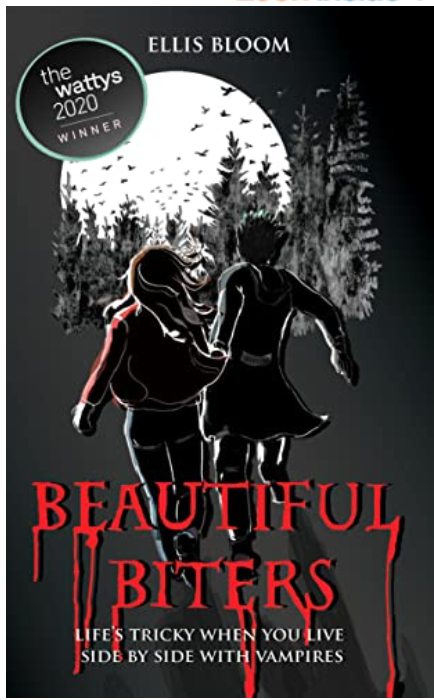 Beautiful Biters was the result. I first wrote the book in 2018 but knew at the end it was full of plot holes, implausible scenes, events happening in the wrong places and not that exciting. In 2019, I revised it extensively, finally coming up with two opening scenes that conveyed the excitement necessary to make a book page-turning.

But it wasn’t yet right. Wattpad assessed the book for its Paid Stories programme and rejected it, saying it was too slow (the feedback is generic, a cut-and-paste thing that doesn’t tell you where the book is problematic), which was when I fed what I had written through the Fictionary software. Little did I know that Wattys would be different.

The first check I made was the tool that calculates if you have your inciting incident, plot point one and two and the climax and resolution in the right places. That those scenes were in roughly the right place was very encouraging.

Knowing where to put the inciting incident etcetera comes in useful when you’re writing the first draft of your next novel too, and you’ll know where they should go, making rewriting that book much easier.

The arc of the novel checked, I moved on to the labour intensive stuff—working out what was right and wrong about every scene.

Several things provided lightbulb moments. This will make me sound like an idiot, but I’d never focused clearly on ensuring the character’s goal was clear in each scene/chapter, nor given much thought to scene entry hooks. (Duh, me.)

Going through the entire book and fixing that one point made an enormous difference.

Fictionary as a tool for world-building

To lead back to the point I made at the beginning, Fictionary also gave me a systematic way to ensure the world I created was vivid enough to jump off the page by making me go through each chapter, by working out what my character sees, the props in the scene, what can be heard, tasted or smelt.

I confess, at times I thought ‘oh, for God’s sake, who cares about the smells?’ but I knew I didn’t need to add them to every scene, and I concentrated on adding in the detail to improve my world building.

Finally, I had created that vividity that attracted me to the chick lit books I’d loved as a 20-something. What I also appreciated was tidying up the timeline in Fictionary. Timelines almost always tie me up in knots—particularly when I’m trying to balance fast pace with moving the story on.

As I said earlier, I love writing the first draft of a book, but find the revision process exhausting. Fictionary provides you with a systematic way to do it and identifies the scenes and/or chapters that are pointless.

We writers are often far too attached to pointless scenes. They’re the ones we dream up when we begin to write a story and as the novel continues to unfold, it becomes clear that scene or chapter adds nothing.

But when you’re conditioned by word count goals—as most writers are—it’s painful deleting chunks of them. If you use Fictionary to identify a pointless scene or chapter, i.e. it doesn’t move the story on, isn’t a scene sequel, doesn’t show character development, and doesn’t increase the tension or conflict, then you can at least rewrite them to make them more on point.

I entered the book into the Wattys in 2020. There are many writing competitions on Wattpad, but arguably the annual Wattys, with its 44,000 plus entries, is the biggest one. Sadly, there’s no money in it and no guarantees that lead to publishing or film deals for your book, but the exposure can be useful.

Beautiful Biters won a Paranormal award in the December of that year. When you self-publish your books, it’s difficult to shake that feeling that your work is not validated, so winning an award like that is an ego boost extraordinaire.

However, I still wanted to make improvements, so I hired Kristina at Fictionary as my editor and enjoyed the experience thoroughly. I’ve published before, using professional critiques (and finding the service invaluable) but this was my first time with an editor.

The report Kristina produced for the book was so delightful I shared it with my mum (my biggest cheerleader). The main point Kristina raised was the climax and tying that back to the character’s original goal, so I rewrote that completely.

Oh, and I changed a lot of the character names. Again, Fictionary has a tool for listing all the names of your characters (essential if, like me, you can never remember what surnames you give people) and I had a lot of very similar names, which confuses readers.

Before I self-published the book at the end of last year, I submitted it to a professional reviewer’s programme—Reedsy Discovery. The reviewer said:

“The story is very well written, a skilfully-woven page-turner. The characters are all intriguing, interesting, and can be sympathized with and felt for. The stakes (😉) are consistently high and often pointed at the wrong hearts. Each chapter adds to the story, urging you to read it thoroughly while the plot urges you to turn the page and find out what happens next…

“I highly recommend this book to anybody who likes action, quick-paced stories, family-love, unlikely romances, and vampires. It’s bloody fang-tastic. 😉”

Gorgeous praise to receive and thanks, no doubt about it, to the expert editing I was able to do through Fictionary. 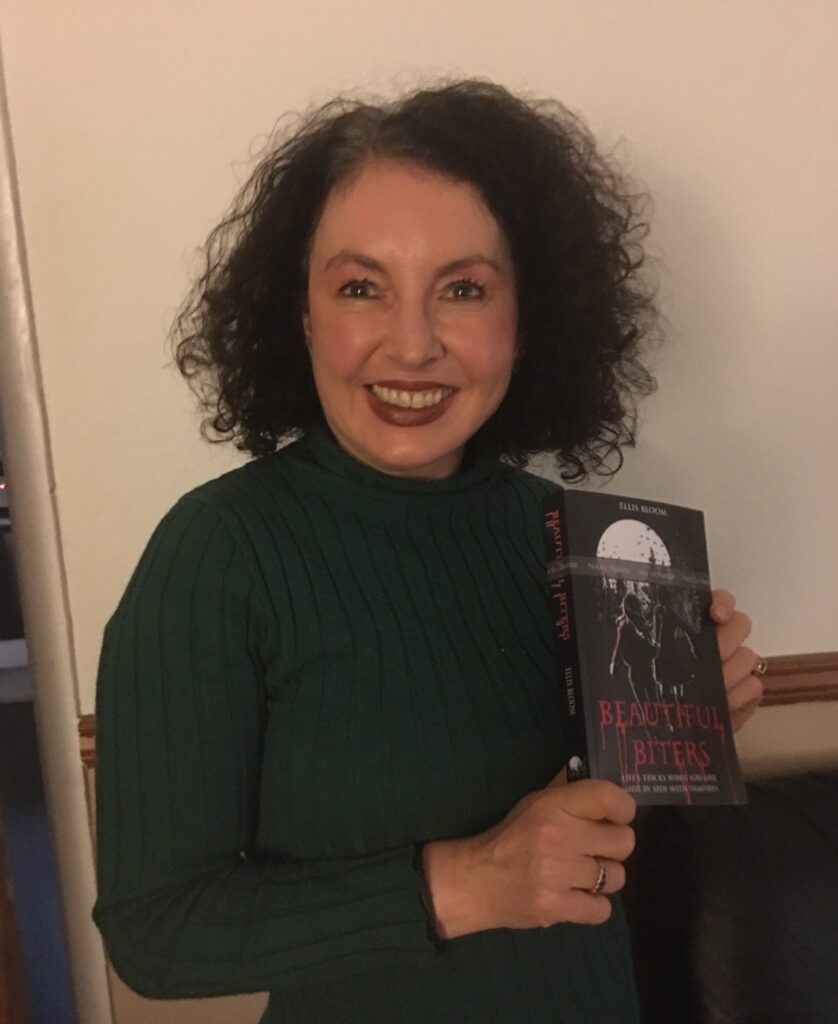 Emma Baird is a part-time communications officer, freelancer and writer. She lives close to the bonny, bonny banks of Loch Lomond with an understanding husband and two hyper-demanding cats.

Beautiful Biters is available to buy here (the book is published under the name Ellis Bloom): https://books2read.com/u/3GwQVL

Check put the interview I did with Kristina Stanley, CEO Fictionary.

Why Editors Must State the Obvious – Editing Basics

Editors must state the obvious starts long before the actual edit begins. One of the things that I’...

How to Write a Romance Novel Readers Will Love