Blogs / Editing for Authors on a Budget

Blog / Editing for Authors on a Budget 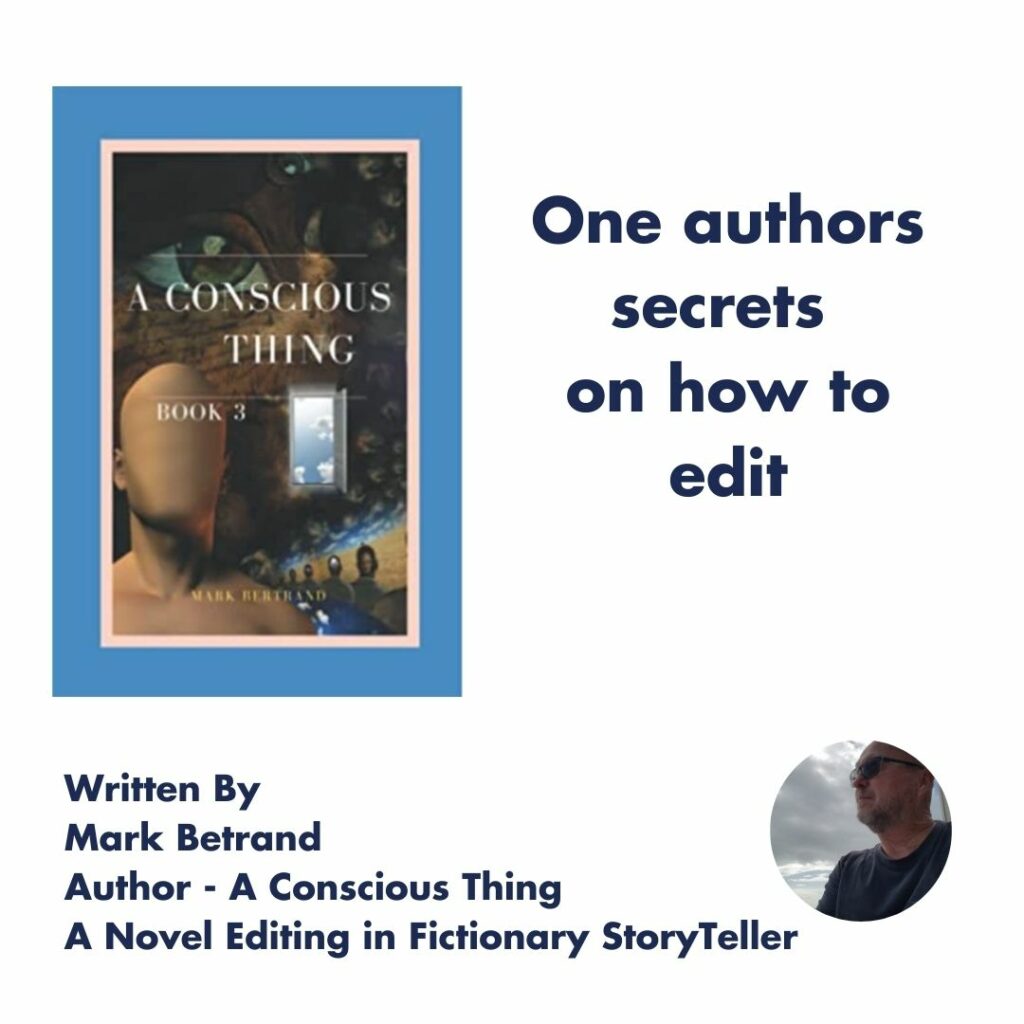 Holidays often spark creative spirits around the world for people to decorate, dress up in holiday attire, and even invent special foods and beverages to celebrate. On Saint Patrick’s day this year, I marked the holiday with being interviewed by Kristina Stanley: CEO, cofounder, and passionate editor for Fictionary. The author’s interview is provided in the link below.

Having published my new novella, A Conscious Thing, that I had used Fictionary for the developmental editing, it gave me the amazing opportunity to sit down with Kristina for an interview. We spoke for quite a while about my books in a typical author interview. The conversation flowed well and I enjoy Kristina’s product. I also enjoy the fact that she wants to help writers and authors become better storytellers and she demonstrates that in her personality, questions that she asks, the webinars that she puts together, and most of all by the product that she co-created called Fictionary. The app gives authors at every skill level an amazing number of tools that can make even a first-time author into a storyteller.

We talked a little about the editing process I took after I completed all thirty-eight of Fictionary’s elements. I told her I went online and hired three beta readers. I went into some details, telling her the feedback that I got from them and the difference between the feedback that I had gotten for my first two books. Before I had used Fictionary, I wrote two other books. The difference in beta reader feedback between book three and the first two books super impressed me. I wanted to go back and rewrite the first two, this time using Fictionary as the story developer tool.

I know with the right tools and the right prompts — and her app does feature both the tools and the prompts — authors will spark those creative gems that are living in their author’s brains. We all just need a little spark to get the creativity to ignite and polish a manuscript story into a gem. At least, that’s what the elements and her instructional videos from the master class for how to use the elements are providing me.

How Fictionary Helps with Beta Readers

The difference that I’ve gotten from the beta readers for book 3, where I used Fictionary versus the first two books where I didn’t, was what I had expected. I mean, I knew I was now telling the story better. I was sure of it and the app made me confident. Let me explain a little about the difference. Whereas for the first two books, the feedback from beta readers was more like my writing style and their confusion over the plot.

There seemed to be places where the plot didn’t continue and the readers would get lost. Or bored, or both. And so on and so forth. The feedback was not about the story itself; it was a critique of my skills. The book 3 feedback was very different. I got feedback about how the story flowed. Beta readers were telling me how they felt from scene to scene. And how each scene was causing them more tension, or building their relationship with the characters and the situations, etc. The major difference told me I held their attention captive, and they were understanding more about the characters, they were discovering who the hero is.

Getting evaluation for the first time that dealt with how the story performed rather than the feedback that I had received previously was thrilling. So then, I knew it was time to go in and rewrite books 1 and 2 using the Fictionary app. Which I will do. But during the interview Kristina and I — well, we got kind of sidetracked. I also wanted to tell her about what I did next because I expect it could likewise benefit a lot of authors, like me, who are still on an inflexible budget.

The Fear of Sharing a Draft

Let me set up a little bit of a foundation first and later the editing technique I want to share will make more sense. When I finish my manuscript, I don’t want anyone to read it because it just looks like hell — it’s simply bad writing. From what I read and hear, it’s the same for most anybody.

Before editing, a manuscript certainly looks amateurish, sort of grade schoolish, and nobody needs to have their manuscripts seen by anybody. And that’s sweet, just how writing should be. An author should never have to write their first or second draft of a manuscript with perfectly edited sentences, concise paragraphs, and with intriguing dialog. Because that’s not how creativity works. The famous author, Hemingway, once said you write your manuscript while you’re drunk, you edit it when you’re sober. 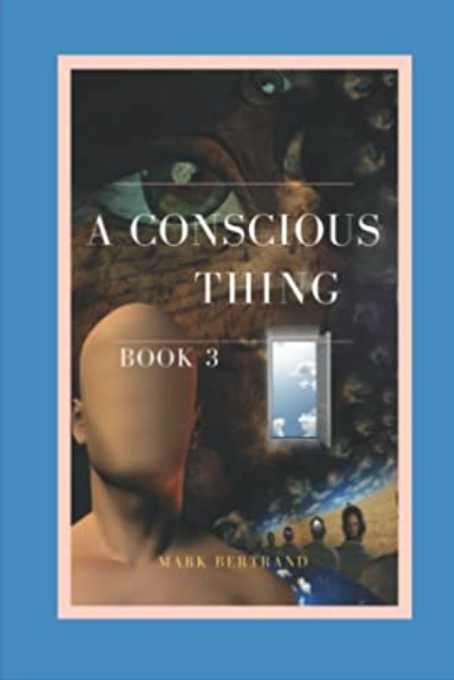 Fixing the manuscript is where the work comes in. That’s what makes writing a dynamic process. The meticulous restructuring, rephrasing, adding sizzling pros and lots more to that messy manuscript — so it comes out as a best seller, is rough. First, the author produces a manuscript and then they switch into editing mode.

The author can’t do both at the same time because it’s like having the editor standing over the writer’s shoulder constantly reminding, as they type — that word isn’t correct or that punctuation is incorrect, or that sentence makes little sense.

If someone constantly badgered the author in that way, they’ll get writer’s block and beat themselves up. They never got the manuscript and moved on to developing the story. So then, let the writer go risk-free and with reckless abandon to unleash the writer’s creativity and, like Hemingway said, if you do that when you’re drunk, then so be it.

Anyway, with the manuscript done, it’s time to work on the editing part. For this, most authors will develop their own styles. There are some fairly familiar processes that many adopt. I’ve selected some for myself that work well for me.

There’s a three-step process I’d like to go through when I get done editing after receiving feedback from the beta readers. First, I have the computer that I’m writing from, read the story to me. While the laptop is reading the story to me, I’ve got a notebook in my hand and a pen in my other hand and I’m taking notes. I don’t stop to edit as the computer is reading it back to me. I let the computer read the entire story. Then I take all the notes I made and edit the story.

Once I’ve done that process, I print the story out on regular size — eight and a half by eleven paper. With a highlighter in my hand, I like to stand for this part. I don’t know why standing is important, but I think it’s because I’m not in a relaxed position. I’m in a focused position if I’m standing.

Then I read the story out loud to myself, and as I read when I find something I don’t like about the story, I highlight it with a marker. I might write a note in the margin about what needs to change. Highlighting as I go when I find punctuation that is incorrect or if I find words that are misspelled. It’s amazing how we’ve looked at this manuscript four hundred or more times. We caught every spelling mistake and every comma, fixed punctuated sentences. Still, here we are finding more of the same. Somehow, like magic, when the story has been printed out and right in front of us and we’re reading — finding a hundred more fixes.

Like the first time, while the computer reads the story, I don’t change the manuscript while I’m going through this process. I’ll read the entire story highlighting it, marking it up, writing in the margins with all my notes all the way through to the end. Then I’ll take that document back to the laptop and fix the story.

One more time, I will do the same thing; print the entire story out on eight and a half by eleven paper. I go back into my quiet area where I’m standing and reading the story out loud. Highlighting, making notes, putting information in the margins of what I want to change. And once I get all the way through the story for the second time, I go back to the manuscript and fix it again.

So now I’ve heard the story out loud three times. Once when it was read to me from the computer. And twice when I’ve read the story out loud to myself. I’ll make a judgment call at that point. If the last editing didn’t find a lot of changes that I needed to make, or if the changes were more soft-massaging like I didn’t want to use this word — or maybe there was a better way to use these two words together — kind of, polishing edits, I’ll call it, done with this technique. However, if there were still a lot of edits from that second read-through, then I will do it again until I’m satisfied that I’ve gone just as far as I can with reading it out loud.

I hope you’ve found some value in the above and I want to wish you every success. 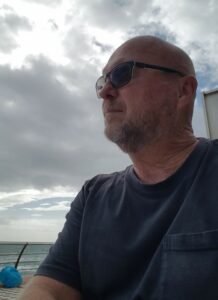 Mark Bertrand is the author of Starzel, Love Reincarnate, and a Conscious Thing. He is a Fictionary Master Class graduate and the founder of the Costa Del Sol Authors Group. A Mahayana Buddhist for more than forty years and has studied both Alan Watts’ and Tich Naht Hahn’s writings on Zen.

Mark is a Colorado native and currently lives in the south of Spain. When he’s not writing, he loves to travel or just relax on the terrace of his flat with a cigar and a glass of Laphroaig whiskey, watching sailboats on the Mediterranean Sea. You can visit Mark online at his website, www.markbertrand.com, and on Twitter @markbertrand

5 Plot Elements of a Story Explained

Plot, Plot Points, and Everything In Between. We’re going to cover the 5 main plot elements o...

Principles for Writing a Fantasy Novel

What is a Fantasy Novel? So, you want to write a fantasy novel, eh? I don’t blame you. Losing yours...