Blogs / Settings for a Story: Fantasy novel basics and examples

Blog / Settings for a Story: Fantasy novel basics and examples 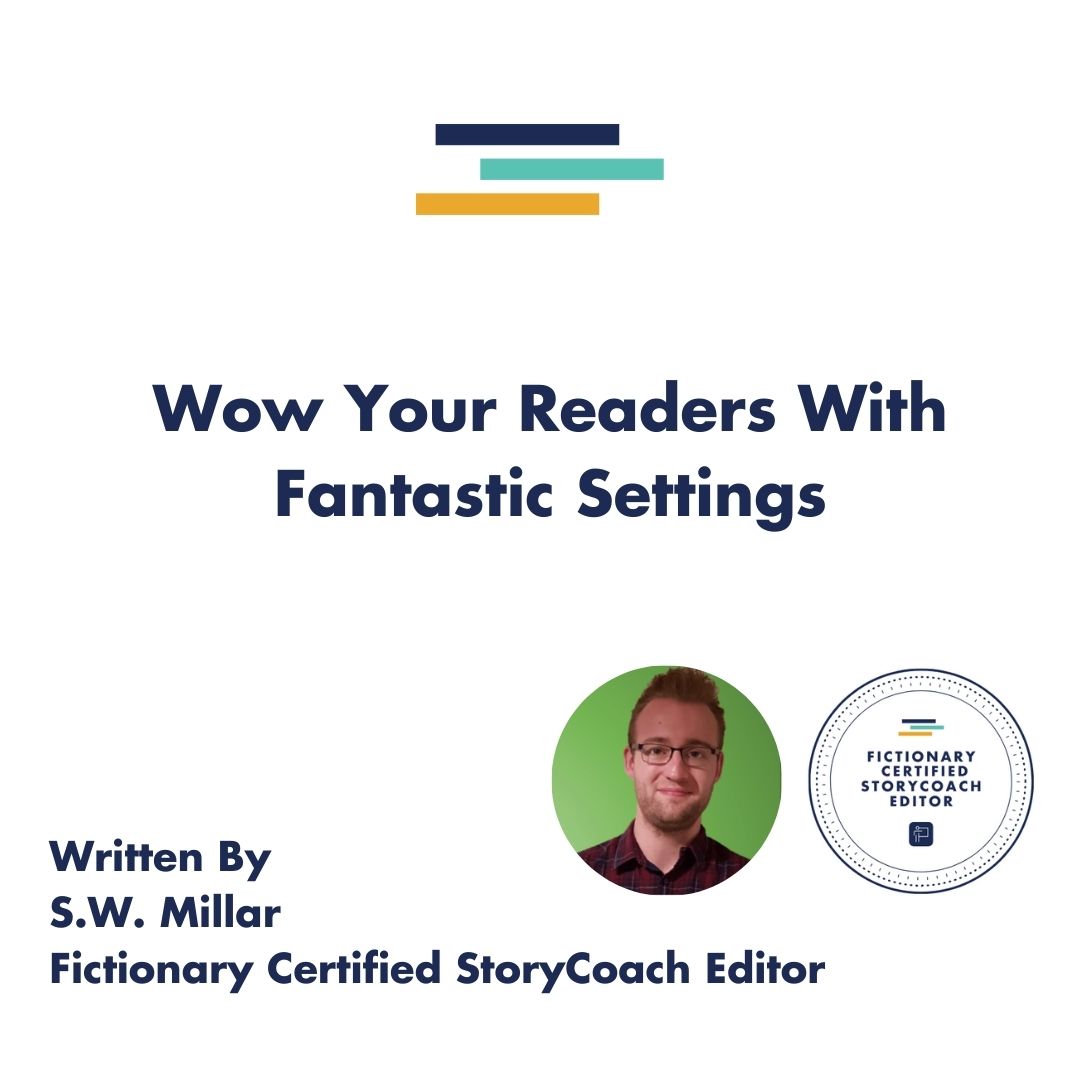 Settings for a Story

What are Sensational Settings?

Sensational settings immerse your reader in your story’s world. Your goal is to design locations so engrossing readers never want to leave.

How exactly do you do that?

Using The Five Senses… sensational… get it?

What are the Five Senses?

This will come as no surprise to you, but The Five Senses in fiction are exactly what you might expect—the five tools we clever humans use to perceive the world. The story elements that make up the settings for a story are:

Why Use the Five Senses?

What’s the purpose of using The Five Senses to enrich your settings?

When you include well written sensory details in your novels, you create a four-dimensional experience for your readers, which is fantastic, because it allows them to imagine your story world with ease.

There’s a side benefit, too.

The more immersed your readers are, the more likely they are to keep flipping those pages into the early hours.

How can Fictionary StoryTeller Help You Use The Five Senses?

The Fictionary StoryTeller software has so many valuable features and, in relation to setting, that’s no different. The story elements for setting are in one place. All it takes is two simple steps:

As you’re writing your novel in Fictionary, go into the Setting tab and fill out each of the Story Elements for the senses: 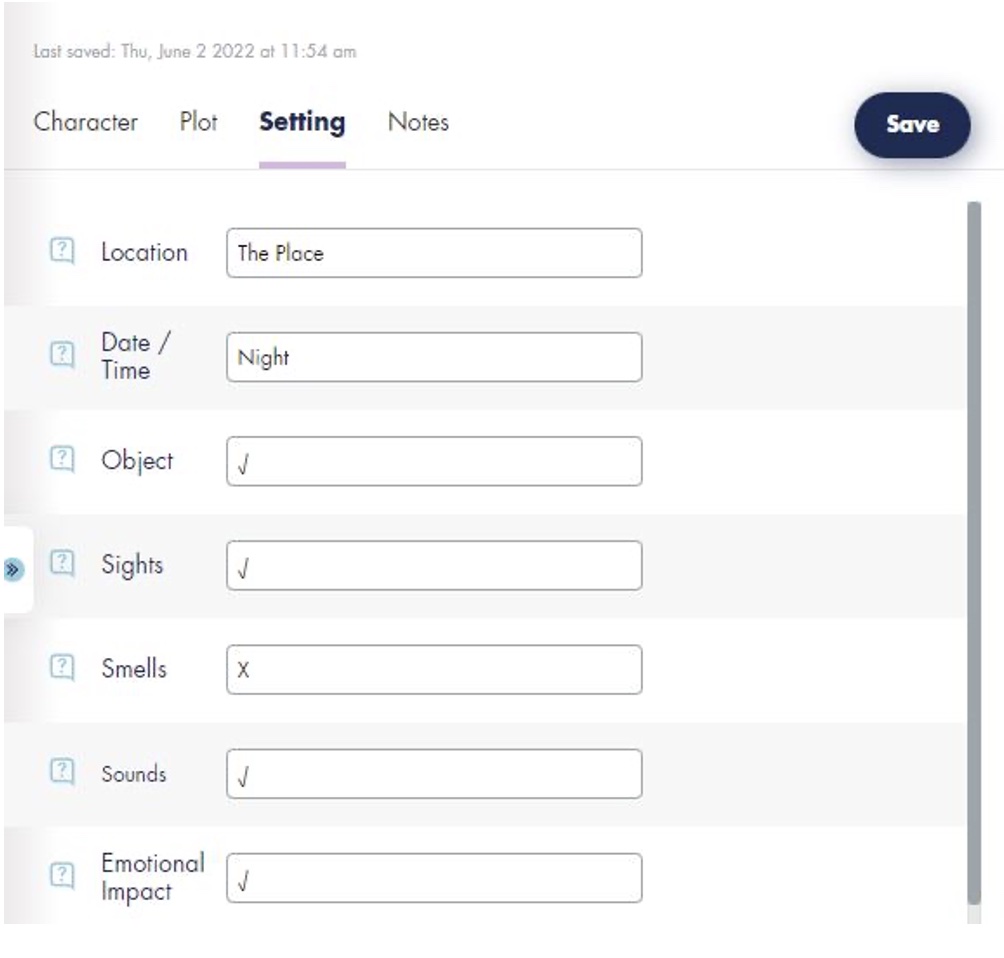 Under Location enter the name of the place the scene is set in. Then, next to each of the five senses, enter

• Check Mark: If you’ve included that sense in the scene, and a;
• Cross: If you haven’t.

Step #2: View the Setting Elements per Scene insight under the visualize tab

Once you’ve filled in the Setting tab for every scene, head over to the Visualize page and click Setting Elements per Scene. Here, you can see at a glance which scenes are sensational (a ton of check marks) and which scene might need some work (a crop of crosses):

The Superpowers of the Five Senses for Story Elements

You can use each of The Five Senses in pretty much any scene, but each Sense has its own Superpower you can leverage to really bring your settings to life.

For obvious reasons, Sight is the most commonly used sense in fiction, but it’s particularly useful when your main character enters a new place for the first time, or meets someone new.

Smell is my favourite… wow, that sounds weird when I say it out load… but it’s true. Why? Because it has the most awesome Superpower. Smell triggers memory. The brain’s memory storage and your olfactory system are linked. So Smell comes into its own when your main character needs a flashback.

Sound can help you create a much-needed sense of atmosphere, especially within scenes that require a huge amount of tension. Who hasn’t read the phrase, “From behind them, a twig snapped underfoot,” and got goosebumps?

I’m stating the obvious here… you can use Taste to describe food, but that barely scratches the surface of what this wonderful—and woefully under-utilized—Sense can do. If you want to tap into yet another Sensory Superpower, you can apply Taste to Emotional Feelings. How does anger taste? Is it sharp, bitter, acidic? Your choice.

There are many ways you can employ Touch. It’s good for describing texture and temperature, for example. But, Touch really shines when used to describe Emotions.

And I’m not just talking about naughty scenes. You can use Touch and Emotion when your main character’s friend gives them an unexpected hug warmth of the gesture brings them to tears.

Now you know what The Five Senses are, how Fictionary StoryTeller can help you ensure you use them, and what their Superpowers are, I want to discuss something vital when creating Sensational Settings.

For the Love of All Things Literary, Please Ditch the Filter

No. I’m not talking about unfiltered social media photos, or being brutally honest 100% of the time.

I’m talking about the cardinal sin of Filtering.

Filtering is the term used when a writer uses a sensory word (like smelled) in a sentence.

You don’t want to do that, because the goal when using the senses is to immerse readers in the Setting. Filtering does the opposite. It reminds readers they’re reading a story, which isn’t very immersive.

Here’s what I mean:

Can you see how using sensory words in a sentence reminds the reader they aren’t the one experiencing the story? Filtering distances the reader from the main character and one removes them from the action.

Ditch the Filter, and something amazing happens… your reader experiences the Setting as if they are your main character.

When I first discovered how to use the Senses to create Sensational Settings, and the dangers of Filtering, it was like a light switch went on. It was the best piece of writing advice ever!

I was champing at the bit to un-filter all the things, and pack my story with Setting…

In. Every. Single. Scene.

Ever heard of the phrase Sensory Overload?

That’s what I was dealing with.

There wasn’t a page where the ice wasn’t too cold, the bass too loud, the scents too cloying.

I had massively overdone it, and it took me days to fix it.

Please don’t make the same stupid mistake I did.

When you’re using The Five Senses, do it with a light touch (pun absolutely intended).

Pro Tip: Settings for a Story

When your main character enters a room for the first time, or meets someone new, or encounters any other unfamiliar situation, use the Senses to describe what they’re experiencing…

Drip feed this information over a chapter or several because laying it out there all at once is too much. You’ll disorient the reader and throw them out of the story, which is the last thing you want to do.

Take your time and don’t describe everything. Describe only the details that are important in that scene. If the location is essential to the plot, you can always revisit it later and do a bit more fleshing out then.

Think of The Five Senses as seasoning. Use them sparingly to enhance the flavour of your Settings. Don’t go in heavy handed and overpower everything.

Some novel shine because the settings for a story is done exceptionally well. If you’re interested in seeing how this is done, “for real”, I’ve included a list of my top five books that get Setting right below:

Keepers is a YA fantasy first-in-series that captures the nuances of Sight perfectly. The world Black creates in the readers imagination is visually stunning. 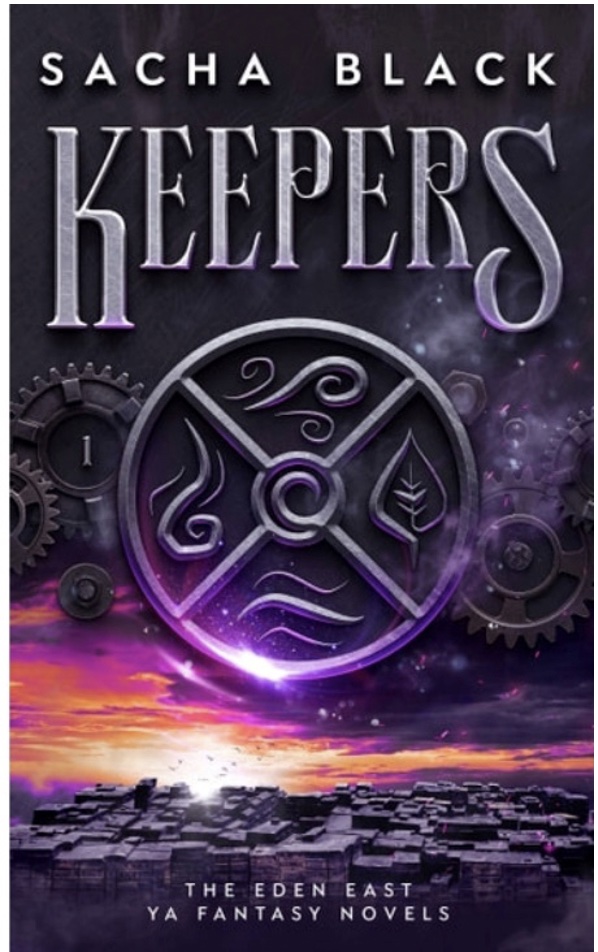 When Winter Comes by Daniel Willcocks

When Winter Comes is a standalone horror novel set against a barren, arctic backdrop. Willcocks has done a fantastic job of using Sound to create gripping tension. 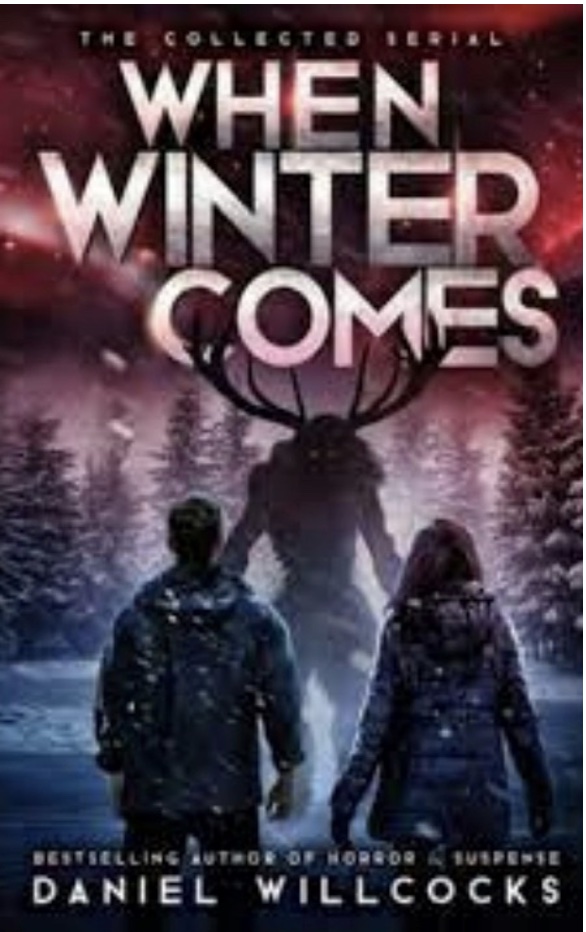 In my urban fantasy novelette, The Fury’s Vengeance, I use the Superpower of Smell to trigger a particularly nasty flashback for my main character. 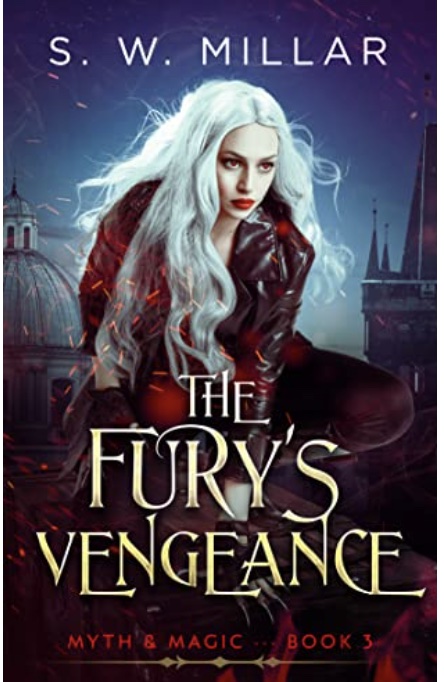 The Vital Abyss by James S. A. Corey

In his science-fiction story, The Vital Abyss, Corey uses some great lines to describe the taste of fear. 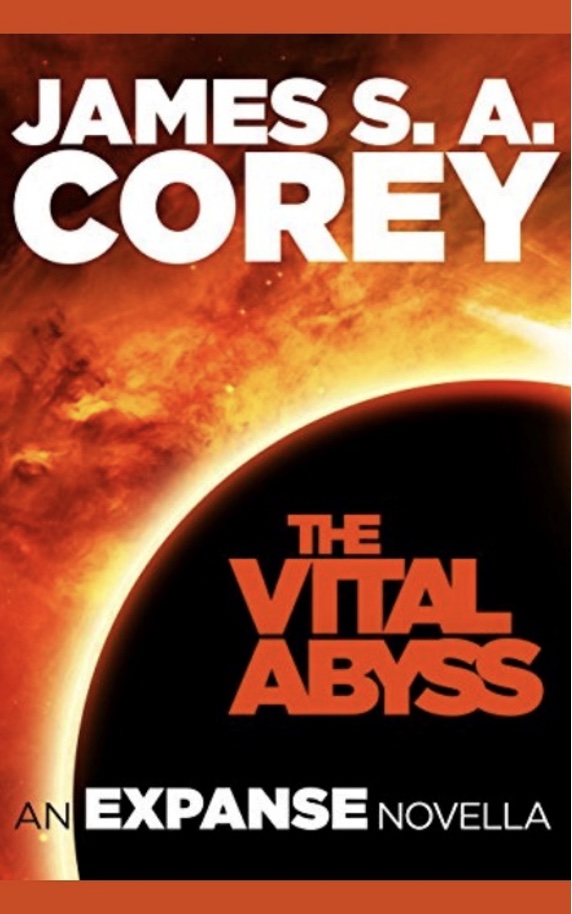 Beyond the Veil by Pippa DaCosta

DaCosta uses Touch to great effect in a couple of the more intimate scenes in her urban fantasy novel, Beyond the Veil. 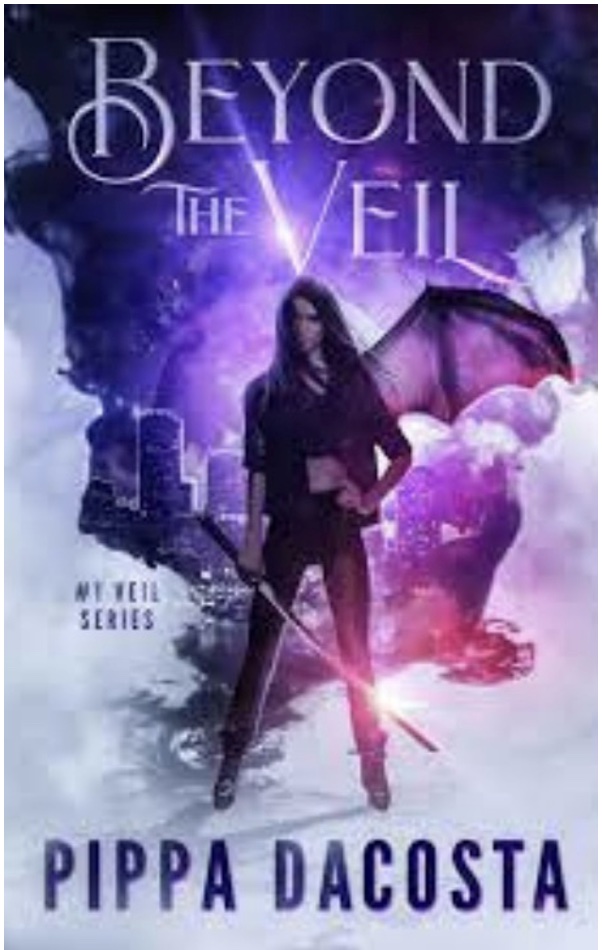 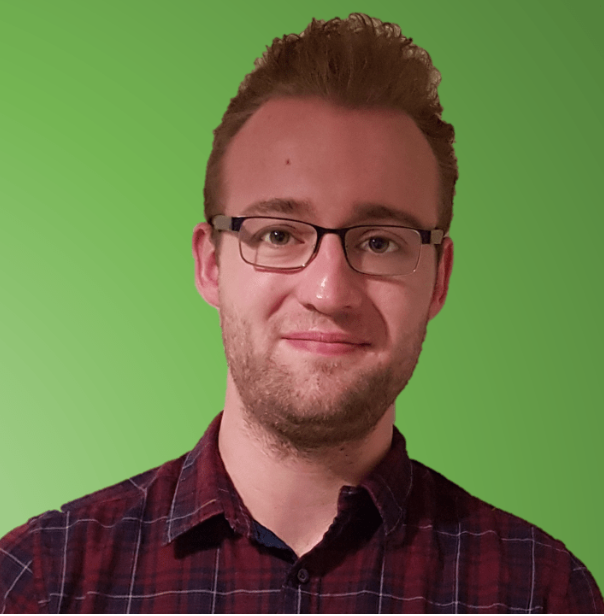 Shane Millar is a Fictionary Certified Story Coach and the author of the Write Better Fiction craft guides. He is also the author of the Myth & Magic urban fantasy thriller series.
Shane holds a BA in journalism and is a member of The Alliance of Independent Authors (ALLi). He lives in Buckinghamshire, England.

He has taken too many writing courses to count and enjoys reading as much as possible. Shane is obsessed with five things: the writing craft, mythology, personal development, food, and martial arts movies.

How to Story Edit a Series

Performing a story edit on a series is more complex than editing a stand-alone novel. For those of ...